On 10 February 1901, the first train from the Russian station Matsievskaya to the Chinese station Manchuria passed from Russia to the Chinese Eastern Railway (KVZhD), that is now under construction. In 1903, the KVZhD was put into operation. With the outbreak of the Russo-Japanese War in 1904-1905, military transport capacity became clearly not enough. During the summer of 1904, 58 passing sidings were built urgently, including the siding No. 86 on the Matsievskaya-Manchuria section. 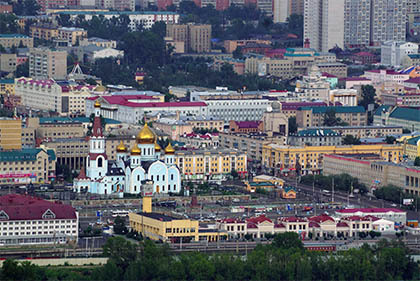 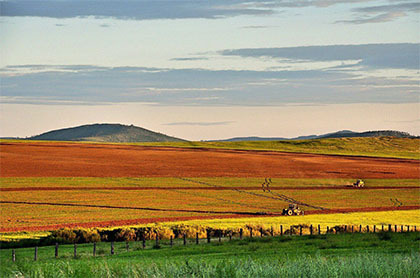 The siding entered a new stage of development after the proclamation of the People's Republic of China (01 October 1949). New facilities were being designed and built at an accelerated pace. All existing the station parks, transshipment points, rail car rearrangement point, residential buildings and the club were built during this period. The new infrastructure made it possible to increase the processing of export and import cargoes many times over. The station received the most beautiful railway terminal of the road, and regular international passenger traffic was launched along the Moscow-Beijing route. 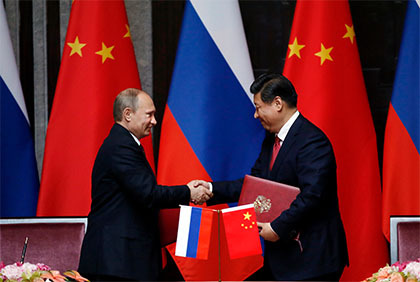 In 1966 Zabaikalsk village became a district center. Since 1975, a gradual increase in turnover and a new stage in the reconstruction of the station devices, along with construction of utility infrastructure and housing began. Representative offices, a gym, and a hotel were built. The technology of the station has changed significantly.

After perestroika, the “eastern railway gates of the country” finally opened up, and the flows of tourists, cargoes, from Russia to China and back, poured out through Zabaikalsk. The construction of objects of federal importance along with the technical re-equipment of existing ones was started.
The reconstruction of the railway station made it possible to turn it into a powerful cargo processing complex, providing more than 60% of the bilateral Russian-Chinese freight turnover.
CORPORATE
SERVICES AND RATES
FOR SUPPLIERS
About Us
«NLGC» Group
State Support
Information Disclosure
Transshipment services
Additional services
Enter into a contract
Purchased goods and services
How to become a Supplier
Contact Support Team
All information posted on this website can be used only with the permission of the copyright holder— «GRAIN TERMINAL ZABAIKALSK»
Login to your personal account
We're sorry, the Personal Account is not available at the moment.
We are already working on troubleshooting