“The ice cream bought by Putin in Vladivostok could have been produced by our company,” Amir Khanuev, a resident of the Far Eastern city of Khabarovsk, joked in an interview that we have organized.

Amir is the head of the ice cream factory. Despite the rather modest production volumes, the factory produces high-quality products. “Khabarovsk has border with China, and this provides us with huge opportunities for export,” Amir said. He was very excited when speaking about the impact of Putin's "ice cream diplomacy" on his business: "In more than three months after the G20 summit, about 100 Chinese importers came to us to discuss possibilities of cooperation."

In fact, in addition to ice cream, various agricultural products are also being regularly supplied to the Chinese market. Last year, China has already become the general consumer of Russian food products. More than 30 kinds of Russian goods, presented last week in Shanghai at the China International Food and Beverage Exhibition, are also waiting opening the doors to enter Chinese market.

Russian-Chinese cooperation in the field of agriculture

Amir's ice cream also entered the Chinese market rapidly last year. According to him, the last batch of the products weighing 6 tons will arrive in Shanghai in the next few weeks. He also added that ice cream should be modified to suite taste preferences of Chinese people.

Dairy products are just a single example from the range of Russian products that have hit the Chinese market. At the recent International Economic Forum "One Belt and One Road", China and Russia agreed to establish a 100 billion yuan joint fund for the regional development and cooperation purposes. The initial capital of 10 billion yuan will be used to promote cooperation between Russian Far East and China's northeastern Dongbei region. Agricultural sector will present a key direction of this cooperation. Over the past two years, food security in China has improved, and at the same time Russia has been actively promoting exports of agricultural products for foreign currency. This situation significantly contributed to the rapid development of Russian-Chinese bilateral trade in agricultural products. China is also opening up to imports of Russian agricultural products step by step.

On December 17, 2015, during the 20th meeting of government leaders, Russia and China signed an agreement on the conditions for Russian wheat export to China, which partially eliminated some import restrictions. The train loaded with the first 500-ton batch of wheat arrived in China in April of this year from the Krasnodar Territory to the Manchurian railway station, located in the Autonomous Region of China Inner Mongolia. Around the same time, the Ministry of Agriculture of Russia signed a long-term contract for the supply of Russian agricultural products to China. The contract was signed between the Russian-Chinese company Export Food Trade and the Chinese company Chinese-European Agricultural Development. Russian agricultural products are exported to China in the context of the implementation of the Russian-Chinese initiative New Land Grain Corridor.
As for the prospects for Russian-Chinese cooperation, the representative of the Russian Export Center Sergey Lebedev, director of business development with China, believes that Russia has always considered the Chinese market as a priority. The Russian Export-Import Bank (ROSEXIMBANK) and individual importers are ready to provide loans to Chinese partners. Lebedev expressed hope that within the framework of the "One Belt, One Road initiative", the trade turnover between Russia and China will reach the level of 200 billion by 2020. The same goal was set this year by the leaders of both countries.
China has already become the general consumer of Russian food products.
According to the data obtained from the Russian Export Center, in 2016, China has already become the general consumer of Russian food products. China purchased products from Russia for the total amount of $1.55 billion, 20% more than in previous year. Last week, more than 50 Russian companies presented more than 30 kinds of products at the Chinese International Food and Beverage Exhibition in Shanghai. Except for ice cream, the exhibition featured groceries, sweets, chocolate, alcoholic beverages, honey and other products. Moreover, the Russian General Consulate in Shanghai organized a presentation of Russian environmentally friendly products.
Russian-Chinese cooperation in the field of agriculture is getting closer every day, and Chinese importers are also looking for business opportunities. One of the representatives of this sector, Xiaowang, told our correspondent that today Russian products do not yet cause such a big stir in the Chinese market, like New Zealand milk or Australian steaks. However, as openness increases, more channels for trade can become available. 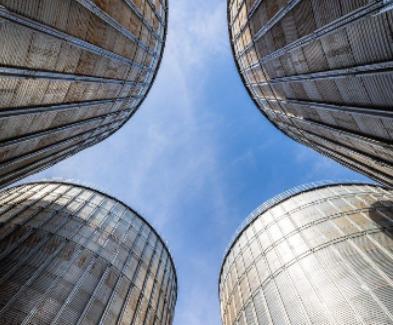