НОВОСТИ
14.09.2018
Economic review: a new stage in cooperation between China and Russia in the Far East
In recent years, Russia has been continuously trying to enforce development of the Far East. The Free Port of Vladivostok and priority development areas were established here; and investors are provided with preferential conditions for investments.

According to analysts, the Far East neighbors upon China, and the governments and peoples of Russia and China maintain friendly relations. The Chinese Belt and Road Initiative has provided unique opportunities for the Far East development. The local authorities of the Far East are ready to strengthen cooperation with China.

At the moment, China and Russia have already signed a memorandum on the creation of international transport corridors «Primorye-1» and «Primorye-2». The relevant departments of both countries have activated consultations on simplifying the customs clearance procedure, expanding the throughput capacity of goods and on other issues.

Analysts believe that upon completion of bridges between China and Russia, a new international transport channel will be formed, which will further strengthen trade and economic cooperation between the northeastern regions of China and the Far East, and will also attract investment from China to such sectors of Russian economy as construction of cross-border infrastructure, energy and trade in natural resources.

Agriculture and cross-border logistics are key aspects of bilateral cooperation

As for agriculture, in 2017, the Zhongliang Corporation /COFCO/ registered and established a representative office in Vladivostok. The company operates in the Far East and Siberia and specializes in grain trading, is interested in cooperation in such areas as warehouse logistics, food imports and processing of agricultural products, and also tries to ensure that Russian-Chinese agricultural cooperation becomes stronger and more intensive.

According to the CEO of Zhongliang Far East /COFCO Far East Co., Ltd./ Bai Tianxu, the company is currently actively involved in the development of agricultural projects in the Far East. This autumn, a large-scale trade in soybeans and corn will be launched, and then the issue of importing oilseeds such as barley and rapeseed as well as premium foods will be studied. At the same time, in the nearest 3-5 years in Russia, it is planned to organize a more systematic warehouse logistics for grain, improve local grain storage conditions, reduce losses in storage and warehousing facilities, and strengthen Chinese-Russian cooperation in the food sector even more.

Experts believe that Chinese-Russian agricultural cooperation has great perspectives. In 2018, the trade turnover between Russia and China is expected to exceed $100 billion, and the main increase will be observed in agriculture. There are several reasons for such expectations. Firstly, the Far East is sparsely populated and there are many abandoned farms left since the Soviet period. It is necessary to improve the land use factor and work efficiency. Secondly, since the Far East shares a border with China, both countries actively develop cross-border infrastructure, thanks to which Russian organic agricultural-and-seafood products can easily and quickly meet the needs of China’s huge consumer market.

As for cross-border logistics, the Primorye Territory is actively developing the Nadezhdinskoye Advanced Development Territory, which is aimed at creating a well-established warehouse logistics base in the Far East and is focused on China, Japan, Republic of Korea and other countries of the Asia-Pacific region, and is also designed to promote advanced growth in cross-border logistics between these countries and Russia.

At the present time, China Shentong Express courier servises company is planning to build an industrial and logistics parks in this advanced development territory. Chen Gang, the Head of the Shentong Company representative office in Russia, said that total area for these projects will cover about 10 hectares, and the total investment will reach 1 billion 500 million rubles (about 150 million yuan). Unified project planning at the initial stage has already been completed. Within 3 years it is planned to complete the construction of parks. In future, they will attract small and medium-sized enterprises from Russia and China, which, thanks to preferential policies, will contribute to the development of the region and logistics between China and Russia. 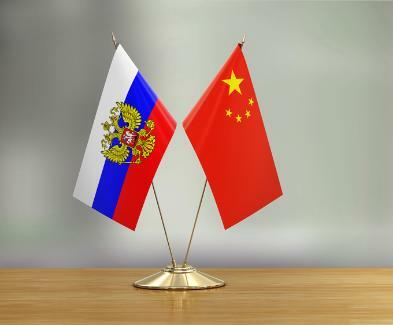