НОВОСТИ
10.04.2018
10 questions that Xi Jinping has emphasized in his speech in Boao
Xi Jinping announced that China must carry out 10 tasks, and also expressed 3 hopes.

On April 10, during his opening speech at the annual meeting within the framework of the Asian Forum in Boao, Xi Jinping let the world know that the door to open China will be opening wider and wider.
What exactly will China do to increase access to the outside world? In his speech, Xi Jinping announced the need to solve 10 tasks. He also expressed 3 hopes.
Ensure an extensive access to the market
1. Ensure the implementing of practical simplification of conditions for foreign capital participation in such areas as banking, securities market and insurance, announced at the end of last year.
2. Accelerate the process of the insurance industry opening, ease restrictions on the establishment of foreign-funded financial institutions, expand the scope of activities of foreign-funded financial institutions in China, and expand the fields of cooperation between the Chinese and foreign financial markets.
3. The next step is to loosen restrictions on foreign investment capital shares as soon as possible, especially it concerns the restrictions on foreign investments in the automotive industry.
Create an even more attractive investment environment
4. Develop an alignment with international economic and trade regulations, increase transparency, strengthen property rights protection, enhance legal compliance, promote competition and oppose monopolies.
5. In the first half of this year, work aimed at revising the list of restrictions on foreign investments will be completed, and a system regulating the procedure of acquisition of national status for foreign companies will be introduced.
Enhancing intellectual property protection
6. This year, the State Intellectual Property Office will be reorganized, the powers of law enforcement will be improved, enforcement will be strengthened and compliance will be insured, cost of the products that infringe intellectual property rights will increase, and the power of law will be fully demonstrated.
7. Encourage Chinese and foreign companies to establish legitimate technical cooperation, protect the legal intellectual property rights of foreign enterprises in China.
Active import expanding
8. This year, import tariffs for cars and some other goods will be significantly reduced.
9. Make efforts to increase the share of imports of special goods that are in high demand among Chinese citizens, and speed up the process of entry into (ratification of?) the WTO Agreement on Public Procurement.
10. This November, Shanghai will host the first Chinese International Import Expo. This is a major platform that will be held on an annual basis in the future. This is not just an ordinary exhibition, but also an important policy announcement and action aimed at active opening of the market.
In addition, Xi Jinping has expressed 3 key expectations:
We hope that foreign governments will strengthen their intellectual property protection in China.
China does not concern a trade surplus as an end in itself (in relations with other countries), and sincerely hopes to increase imports and maintain the current account trade balance.
We hope that the developed countries will stop artificially imposing restrictions on trade in high-tech goods and weaken the control over such goods upon exporting to China.
How can these measures of openness policy be implemented? Xi Jinping has assured:
We will try to implement in practice the large-scale measures in order to widen openness that I have just announced, as soon as possible, without delay, so that the benefits of openness will be seen by Chinese enterprises and our people at the earliest possible time as well as global business and people from all over the world. 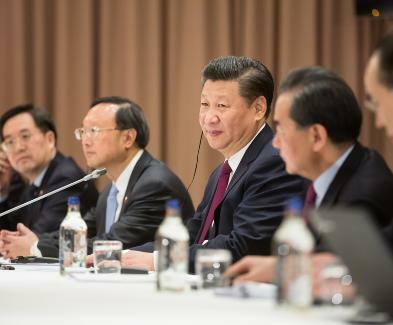